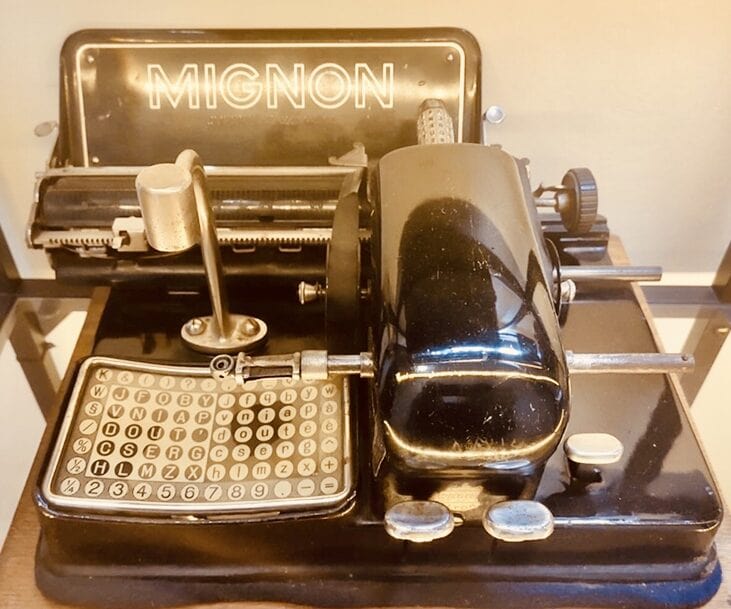 One of the oldest pieces of Turgay Sagdic’s collection, the founder of Yetkin Patent & Consultancy, European Patent Attorney, Accountant and Financial Advisor;

The Mignon 4 appeared in 1923 and would remain in production until 1934. It was the most successful in the series. The only difference between the Mignon 4 and the number 3 was the addition of a backspace key to the right of the mechanism.

Some 200,000 Mignon 4s were produced between 1923 and 1934. The machine was a major success, and not only in Germany. The Mignon 4 was exported to France, the Netherlands, England, the US, and other countries. Different models were built for different markets. In 1934 the last Mignon came off the AEG assembly line in Berlin.