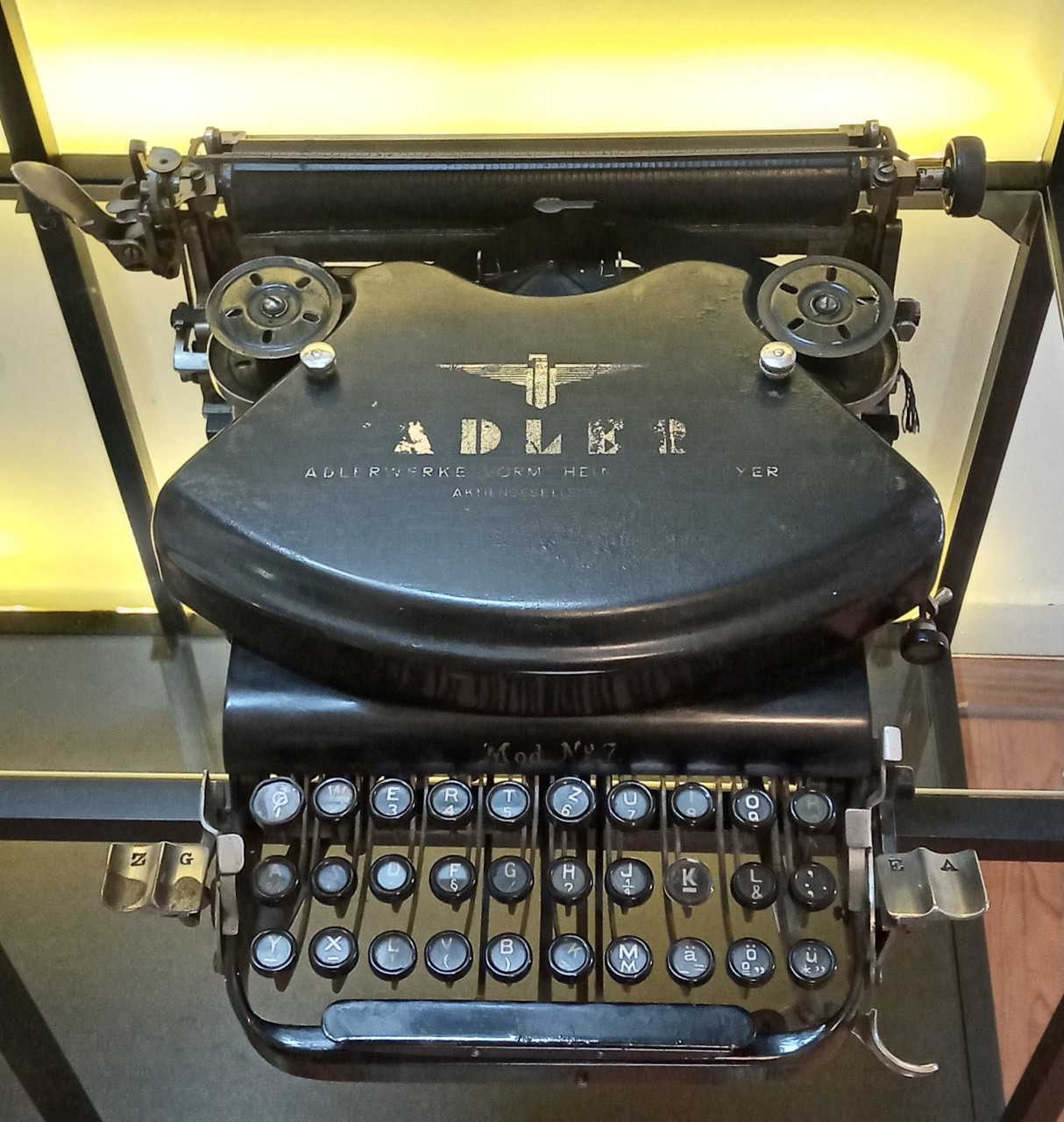 ADLER 7 is one of the most successful typewriters made in Europe. From Turgay Sagdic’s collection, the founder of Yetkin Patent & Consultancy, European Patent Attorney, Certified Public Accountant

Adler Fahrradwerke Heinrich Kleyer AG was founded in 1880 by Heinrich Kleyer (1853-1932). He was the son of a mechanic and attended Darmstadt Technical University. The company produced bicycles and during the next decade sold about 100 000 bicycles. In the next century, the company expanded into cars (1901), motorcycles, airplane engines, etc. The company acquired in 1896 the license of the Canadian-made “Empire” typewriter. Some 3000 typewriters were produced under the name “Deutsche Empire”. In 1900 the improved typewriter “Adler Mod.7” was introduced. Adler became one of the most successful typewriters made in Europe. Orzel was a Polish family name and means eagle. Klein Adler was probably marketed in Poland as Orzel. Adler typewriters were produced until 1990 when Olivetti takes over the company.