Tiny houses are a brand-new and unorthodox lifestyle concept that we have all been hearing and are eager to know more about. That’s why we conducted a pleasant interview with the architect İbrahim Öngen, head of the companies One Life and Con-Imex, making products that live up to European standards right at home in Turkey 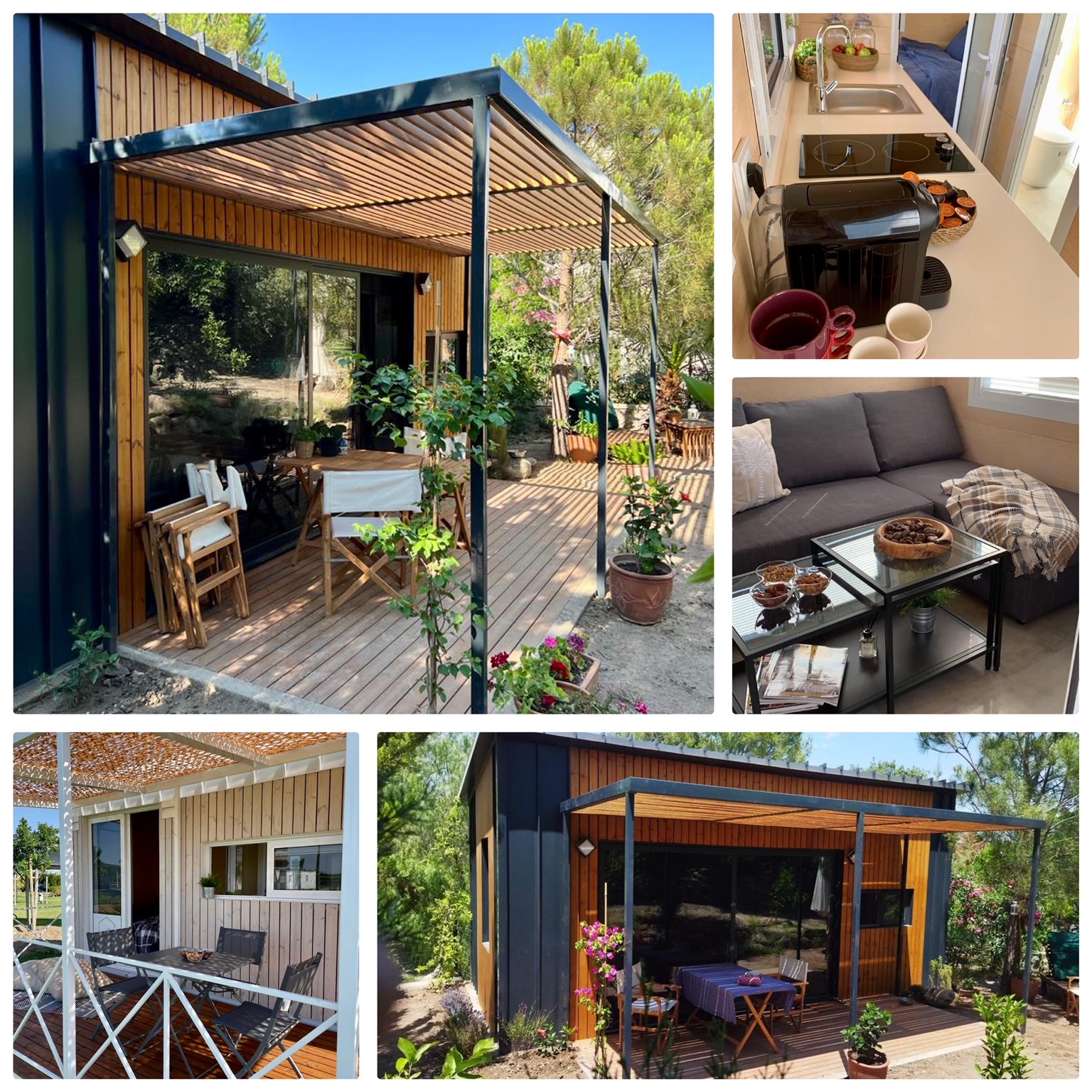 Mr. Öngen, would you tell us a little bit about yourself?

I was born in 1953 in Adana. My mother is one of the first architects to come out of Adana, so naturally, I more or less followed in my family’s footsteps. That was a tough time in Turkey, the education system was in a terrible state, and I made the decision to study in Germany. I completed my education there in 1978 as planned and returned to Turkey.

You didn’t consider staying in Germany at all?

I stayed in Germany for six years to complete my education. I never thought I could stay in Europe and grow, business-wise. On top of that, as I have an independent, self-sufficient disposition, the notion of working for a boss never appealed to me. Since Turkey was a developing country and I’d received my education in a country with one of the best education systems in the world, I anticipated greater success here. I started at a firm in Turkey in ’78 and am now the owner of three companies of my own.

“I came to this point by taking what my education equipped me with and making it into reality, and this is how I still do it.”

So how did the tiny house venture come about?

Prior to the tiny house, we were already getting into minimalism. We predominantly built life camps for overseas companies; camps which were comprised of attachable container units. This has become extremely popular post-pandemic, with the widespread imperative to be self-sufficient and autonomous. So we started working on these sorts of projects two years ago and only just completed them. It was a rather long process, but we are the only company in Turkey producing at European standards. We’re extremely well acquainted with those standards, so we continue to meet them in our products. The onset of the pandemic and people’s subsequent demands were among the main reasons we made the transition to tiny houses. Now at the end of two years, we’re gradually completing the utility model and design registrations and introducing them to the market, and we’ll be presenting our projects at the fairs coming up this September and October.

What is a tiny house?

A tiny house is the opportunity to live luxuriously in nature. In my opinion, living in nature doesn’t require such luxurious products – one can live off the land with much less, though one must still adjust their lifestyle habits in order to live in a tiny house. We have to produce at certain standards set for us by the firm approving our license plates. That is to say, width, height, and weight are among the most important features, which as manufacturers limits us to an extremely minimalist structure. We are not allowed to make them any larger. If you’re unable to give up on your old lifestyle habits but still want to live in a tiny house, then you’ll need to get another. So it’s not an easy transition by any means. On top of that, people’s way of life has also changed. They use their flats and places of residency like hotels, delivering their laundry to be washed by the kilo and having it returned pressed and wrapped; ordering takeout. This is all a matter of habit, and Turkey is accustomed to larger and more spacious spaces, but the economy is ever constricting us to smaller spaces. That’s why I feel the tiny house concept has a bright future. A tiny house is somewhat like a luxury hotel room. You have to choose between a washing machine and a dishwasher, for instance, because space is limited. You can only have a very small fridge, so you can’t stock up on food. So where does one live? Within just a bedroom and a bathroom with a toilet and shower. You can only make minimal and simple meals in the kitchen, or eat takeout. It is currently impossible for a dual-income, comfortably-off couple to acquire a home through traditional methods such as mortgaging, so unfortunately they are forced to pick smaller, minimalist options. Other than tiny houses, you can also go for a pod or fine living. For instance, have you ever heard of a four-room that’s 72 m²? Or a three-room that’s 42 m², a two-room that’s 32 m²? This is where constructions are headed right now. 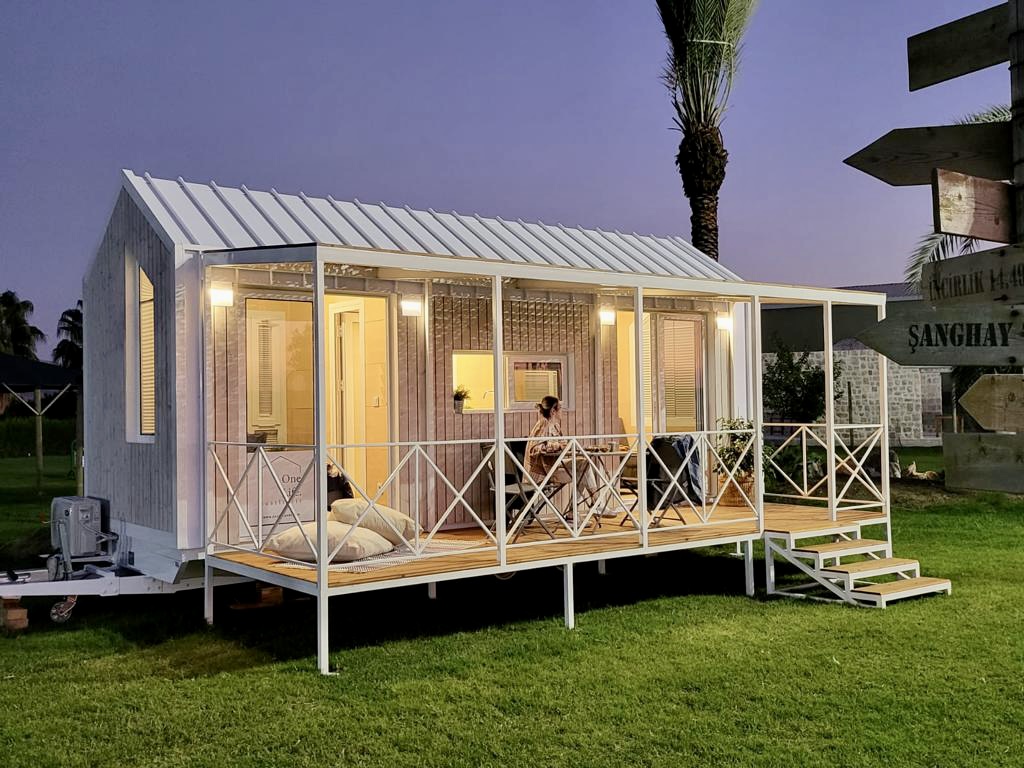 Are you allowed to set up one of these houses and live anywhere?

Everyone talks about how a zoning permit isn’t necessary. Sure, up to a certain point it isn’t, but it also depends on municipalities’ zoning status regarding the plots in question. There are some places you are absolutely not allowed to build, like grade 1 archeological sites. You would not be able to set up there and if you did, you would not be allowed to connect to the grid. You would not be able to obtain water, connect to the sewer, or use electricity, and trying to solve this would become absurdly expensive. All in all, within these parameters you can set up a tiny house almost anywhere that does not have a zoning permit. Of course, if you put your tiny house on an archeological site, you would be fined. They have now opened up olives groves to zoning as well. Building or setting up a structure of any kind, whether a container, prefab, or tiny house, on olive groves used to be illegal, but now they’ve started allowing it.

We get requests from Germany for student housing, saying they have a plot and would like us to send them tiny houses, for instance, or they want to set up tiny house camps to rent out. Due to the exorbitant levels of rent for regular housing have risen, it’s actually a smart solution to rent tiny houses to working people or others in need.

Do you live, or have you ever lived, in a tiny house yourself?

I make tiny houses, but in all honesty, I can’t live in one. I really can’t. Though of course, since we develop our products by drawing on people’s experiences,  as a trial run we left some tiny houses at a camp in Bodrum that is modestly priced and most frequented by academicians. In September and October, we’ll be getting firsthand their impressions, and we’ll be able to make the necessary adjustments if they feel there are any problems.

Which product is the most-liked and in-demand?

The largest, of course!

And it’s possible to move them if one needs to?

Sure. We also move them by attaching them to vehicles. I’ve driven them over 2400 kilometers myself for trial purposes. One needs a special license to drive these, you can’t do it with a standard license. It must be a class BE. 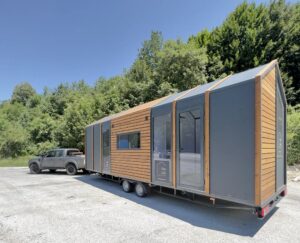 Lastly, how do you anticipate the trends to move in the oncoming years? Will everyone end up moving to a tiny house?

Rather than tiny houses, I think structures with less square feet will be more in demand. We have the examples of Europe and Japan; these countries are 50-60 years ahead of us. Observing them, it’s easy to see where Turkey is headed.