Atilla Güllü’s career began in international publishing. After traveling the world due to his work, he decided in the ‘90s to open an art gallery in Ankara and maintained his gallery, Artium, till the 2000s. Taking over the directorship of the Bilkent Library Art Gallery in 2004, Güllü curated many international projects in addition to the great number of exhibitions he opened there. Having solely focused on independent projects in recent years, Güllü cooperates with embassies, local governments, and cultural institutions. I told him I would like to interview him on art in Ankara, and you can keep reading to see where our conversation took us. 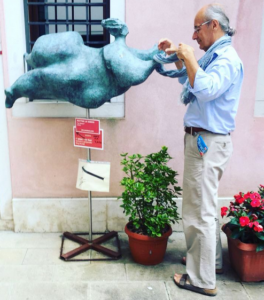 Why the invitation to art?

Beauty is an essential element that has been part of humans since the beginning. In fact, we often wonder why cave paintings were made and always hear or see them associated with something, whether it be spells and rituals of a religious or spiritual connotation or hunting. Well I say, it was for none of those things but only and only to express and illustrate their sense of aesthetics and beauty.

Just as we have our own cultural and artistic tastes, primitive man did too. Probably not every one, but maybe three out of a hundred expressed themselves beautifully with just a piece of coal, were artists who rendered their aesthetic senses extraordinarily on the cave walls.

What elements must something possess in order for us to call it art?

Many wine connoisseurs and wine producers, for example, refer to winemaking as an art. It is not art, however, but a mode of industrial production. It may have some artistic components, of course, as art can be utilized in every area of life. But ultimately, winemaking is not art, because you’re just producing material for physical consumption and filling hundreds of bottles with it.

So “uniqueness” is imperative for something to be considered art?

Yes. Say for instance if Damien Hirst, one of the most famous living artists today, makes a bottle of wine, that would be art. Uniqueness is one of the components of a work of art. 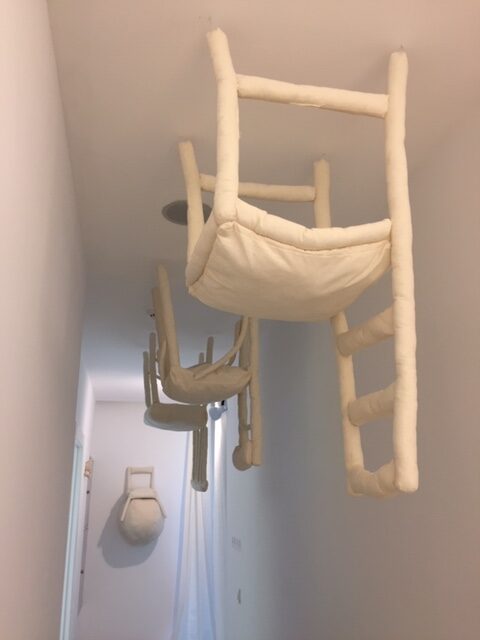 What can be counted among other components?

That it was produced by an artist. Andy Warhol, for example, whose ego could hardly be called small, used to say, “Art is what I make”. There you go. I’m not saying Andy Warhol is necessarily right, but there’s some truth to what he’s saying. He was a controversial figure in his lifetime but he definitely is a very significant artist today.

Further, these rules of aesthetics must abide by extremely strict and crucial, universal parameters. Here we are at aesthetics again. It, too, has some magical rules that however still can be known, studied, and learned by anyone. Let’s give the example of music. Can every sound we make be labeled as music? No! It must have rhythm, firstly, you must know your scales, be a good musician, have devoured all that is mainstream and then thrown them away to make something completely new, which all in all might still not be admired, it might even just be bad. It might be mediocre, and that’s why one of the main things is the secret recipe for being a good artist.

How does one become a good artist?

We refer to as an artist someone whose creativity is one of a kind, who has great mastery over the principles of aesthetics, who walks a path previously not walked by anyone, and who also manages to impose all that to their milieu. A person who not only does all of this but also gains significant recognition and is accepted by the essential circles is also a good artist.

There are different movements in every area of art. There are artists with mediocre output who become inordinately renowned as well as those who make astounding works and yet are never talked about; meaning that not everyone who makes waves is a great artist. Those whose voices and names we hear tend to be those who put great stock in PR, while their art itself falls short. Artists who simultaneously make good art and make noise are few.

You were recently in Istanbul. What were some of the more interesting exhibitions that you saw?

The Sultanahmet atelier and residence of Emin Barın, our internationally renowned calligrapher who was born in 1909 and died in the 1980s, was turned into a lovely art space by the name of Barın Han. The artist’s workroom has been preserved in its entirety while the rest of the building is being used as an art space. Emin Barın is a figure who was sent to Germany in the 1930s for education and became a member of the German guild of graphic artists, won contests there and is widely known by German calligraphers’ associations still.

I also discovered a place called Fişekhane. A space turned into a cultural and shopping hub via the restoration of a 170-year factory, surrounded by many new and modern skyscrapers. I was deeply impressed by Limbo, a work by Turkish-born, USA-based artist Canan Tolon, that I saw in the gallery at Fişekhane. 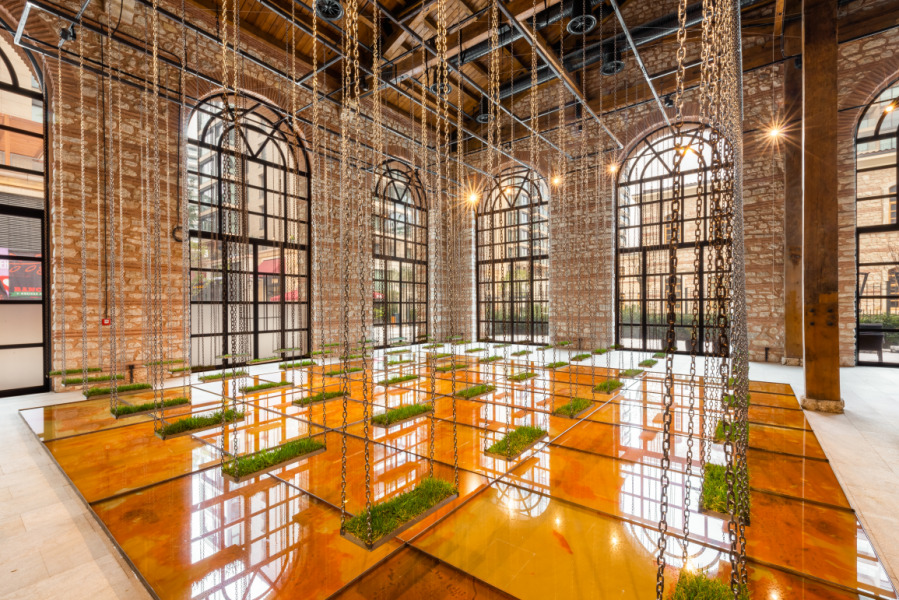 Imagine an enormous space, with roughly forty swings hanging from the ceiling, with their seats covered in grass. The swings are suspended high and below them is a gigantic 100 m2 tray filled with water. The reflections on the water’s surface; the tray, made of iron, becoming corroded by the water but staying clear of the grass, and the grass fading due to not being able to reach the water just below. Evocative of the concept of purgatory, this work through its dimensions and play on concepts is extremely intriguing. Being there, sharing the same space as artwork and slowly comprehending it, looking, reading, thinking, and experiencing. This kind of experience leaves a huge impression. That’s the power of artwork.

“Another critical function of art is to nourish creativity. Creativity is useful for anybody, we all need it and it is learnable. Our spirits need nourishment and inspiration, and the arts provide that generously. Doesn’t a piece of good music catapult us to the court of Zeus?

When it comes to art in Ankara…

In Ankara, there’s a strong structure of music, classical music, and Turkish Classical Music owing to the presence of the Presidential Symphony Orchestra, the State Opera and Ballet, and State Theatres. After many years of construction, our symphony orchestra’s building has finally opened its doors and there are wonderful programs both on the PSO stage and the opera every evening; there are many tiny and exclusive music clubs besides.

My area of expertise is rather more in the plastic and visual arts. There’s also Cer Modern, which used to be a huge repair shop for old trains that was turned into an art museum twelve years ago. There are often excellent shows there. Currently, there’s a trenchant show by an artist duo based in Ankara, Zuhal Baysal and Hüseyin Arıcı, about the deleterious effects of humanity on animals and nature. 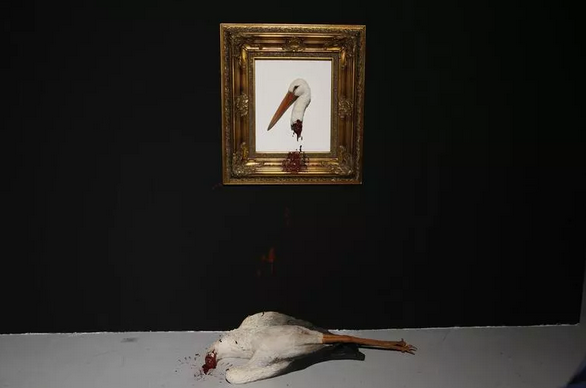 That’s another critical function of art; to push people to ask questions and think critically. If science tells you that two multiplied by two is four, art gives you this information as an enigma, through absence. We fill in the blanks. Another function of art is to drive us to think and question, therefore leading us to question our own selves. Is that not how science works? One who wonders why something is the way it is has arrived at the beginning of the scientific path. Both art and science are cultural branches that help make us more human.