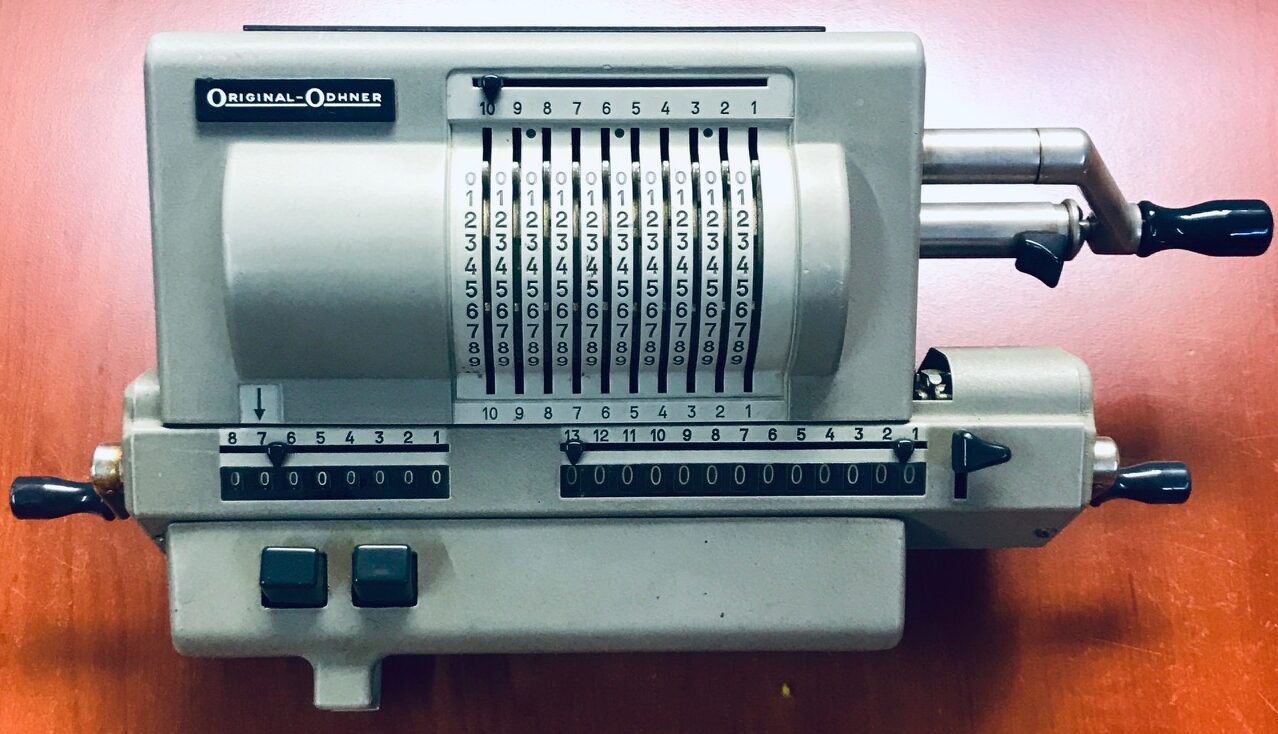 The Odhner Arithmometer was a very successful pinwheel calculator invented in Russia in 1873 by W. T. Odhner, a Swedish immigrant. Its industrial production officially started in 1890 in Odhner’s Saint Petersburg workshop. Even though the machine was very popular, the production only lasted thirty years until the factory was nationalized and closed down during the Russian revolution of 1917.

From 1892 to the middle of the 20th century, independent companies were set up all over the world to manufacture Odhner’s clones and, by the 1960s, with millions sold, it became one of the most successful types of mechanical calculators ever designed.