Erimtan Archaeology and Arts Museum is a cultural institution in which many valuable works from the Roman, Urartu, Hittite, and Byzantine ages within Yüksel Erimtan’s collection are displayed using innovative techniques, and which hosts many interdisciplinary and artistic events curated with a contemporary museology approach.

As of the first quarter of 2015, three old Ankara houses located in the Castle Square, one of Ankara’s oldest settlements, were transformed, while preserving their historical and architectural values, into the museum building to host this special archaeological collection. The museum, which contains a collection ranging from 3000 B.C. up until the Byzantine Period, features a narrative told through contemporary display techniques.

With the aim of carrying the livelihood in the museum displays over to areas outside exhibition spaces, the museum boasts an additional exhibition space for temporary exhibitions, a multi-purpose hall to host events on arts, culture, and the sciences, a workshop that hosts educational programs for museum visitors of all ages, a museum shop that features original designs, a cafe where visitors can rest, and a library that will be accessible to researchers upon completion.

We made a lovely interview with Nazan Gezer who is born and bred in Ankara and has been serving as the Museum Director since 2016. 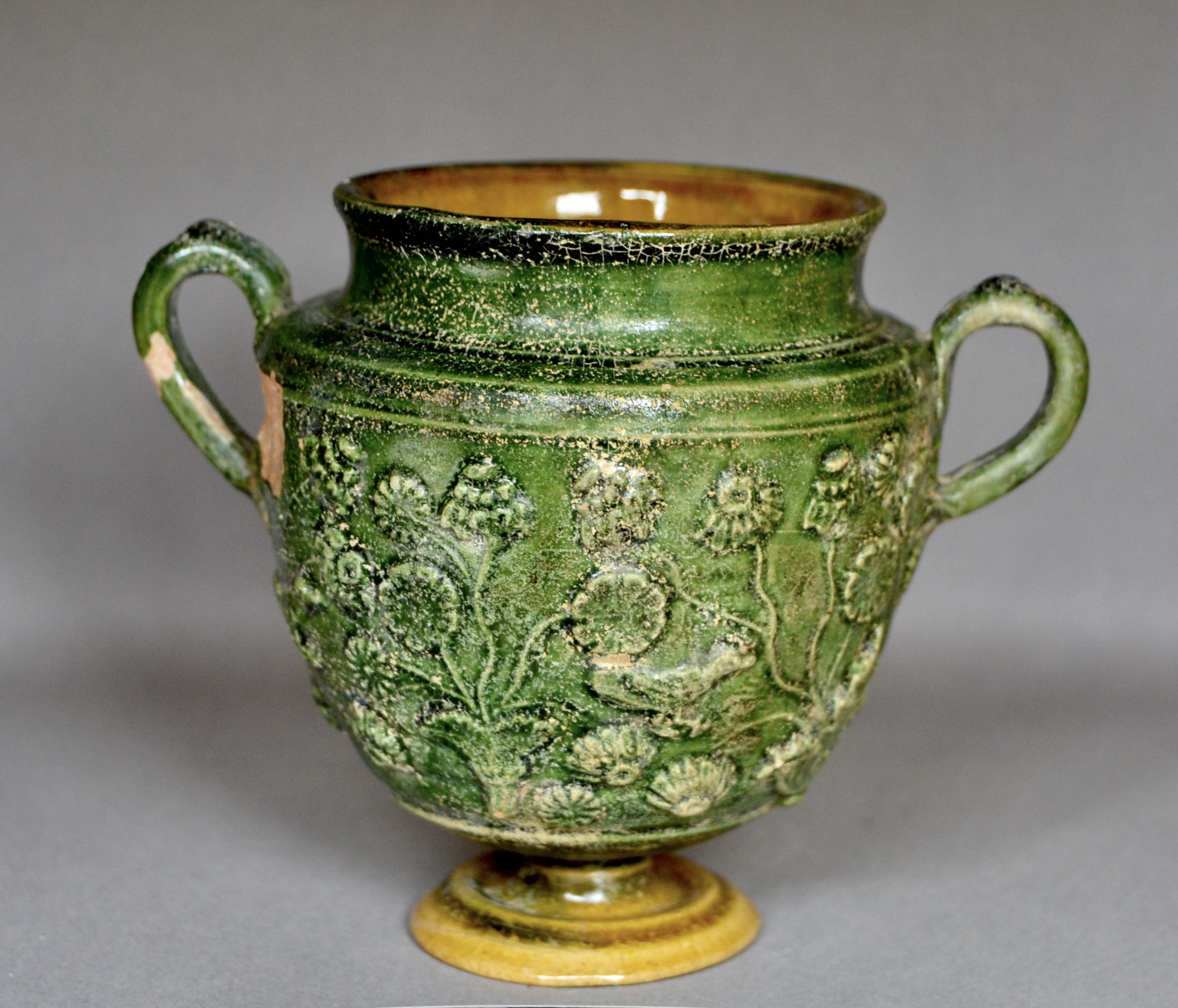 How did a privately owned archeology museum come to be?

The Erimtan Archeology and Arts Museum belongs to Yüksel Erimtan, a businessman, collector, and art enthusiast. Currently 93 years old, Yüksel Erimtan is a collector who describes the occupation that he took up roughly 70 years ago in these words: when he visited museums abroad, he would read the description tags, encounter artifacts from Anatolia and the Aegean, and research how these artifacts ended up in foreign lands, which is how he discovered that they were either smuggled or taken out with permits obtained via erroneous state policies. Rather than allow these artifacts to be sold to just anyone, he then thought, he might as well help Turkish collectors to buy them so that they stayed on Turkish soil, and went on to found the Cultural Heritage Collectors Association where he still serves as chairman. After years of keeping the 1925 artifacts registered to his collection stashed away inside safes in his private office, Yüksel Bey increasingly wished to share them with the world and so the Erimtan Archeology and Arts Museum was born. 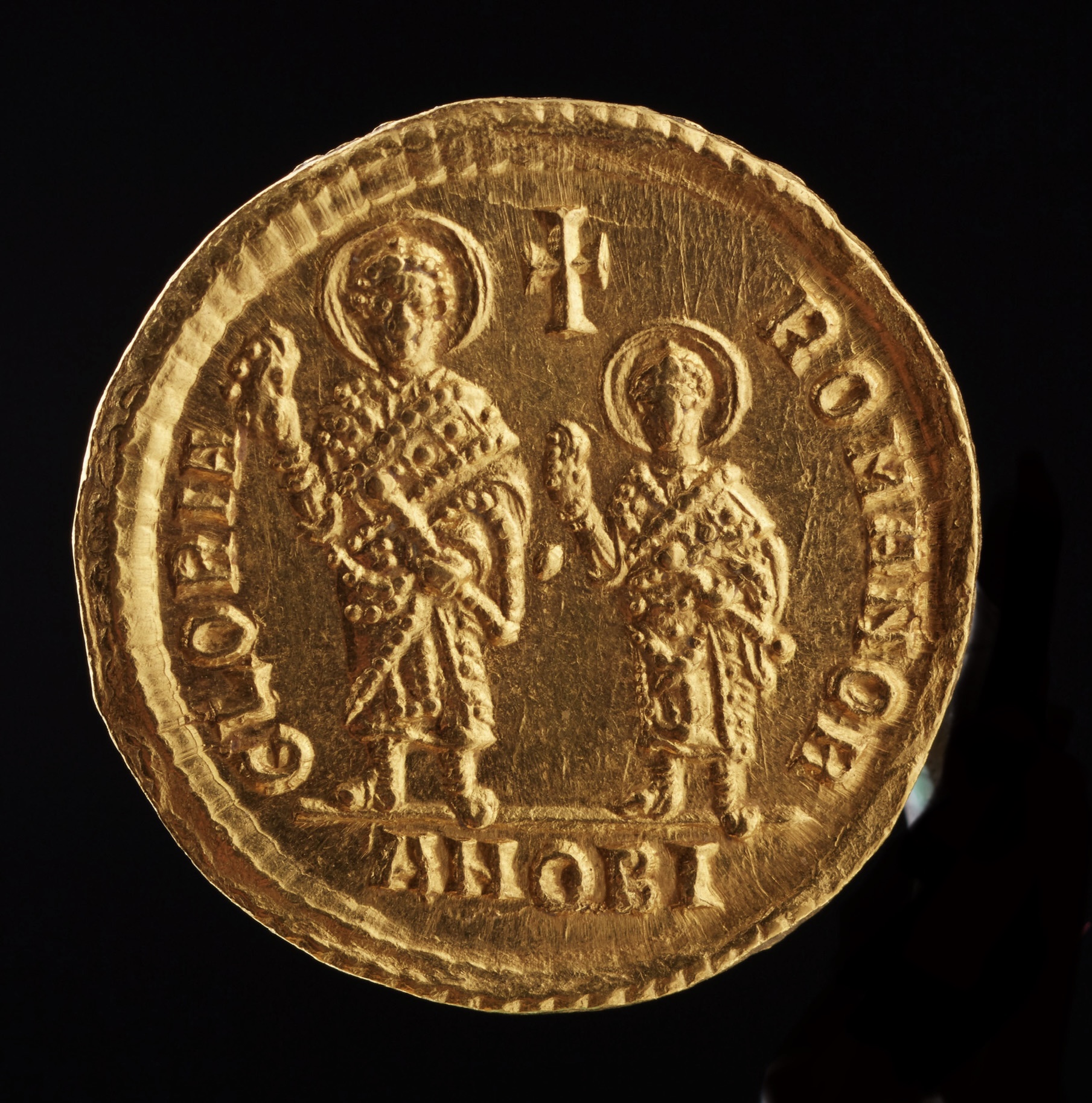 “We have a coin from the late-Roman period Kapulukaya Solidus Hoard that’s one of a kind in the world.”

Almost 1300 works in total, dated between B.C. 3000 and A.C. 300, meaning up till the Byzantine period, are on display at the museum. There is a single artifact from the Ottoman or Islamic periods, a Persian bowl from 17th century Esfahan that Yüksel Erimtan purchased overseas. It’s an eclectic collection, the greater part of which is comprised of 564 gold and silver coins, followed by glassware, ceramic, and bronze and gold jewelry. Finally, since this is a collection museum, it has a collection featuring a selection by the collector. The bottom floor of our museum is our temporary exhibition hall, where two or three times per year we have exhibitions unrelated to archeology, for instance, Mehmet Aksoy’s Shamans and Myths; as well as collaborations with another institution, like a show of the painting collection of the Central Bank, or collaborations with other museums, like the Artifex Ludens – Playing Artist show with the Istanbul Toy Museum, the shows Details from Josephine and Scent and the City with Koç University and also a show centered on Yüksel Bey’s own collection of artworks. We also tried to make the most of the pandemic period by transitioning to virtual museum practice, organizing a Raphael exhibition in cooperation with the Italian embassy, where identical reproductions of 14 Raphael portraits were exhibited in a unique lighting system, and that was a balm to the art enthusiasts of Ankara. We have yet another multi-purpose hall that contains Yüksel Bey’s 1935 Steinway piano, where we hold chamber music concerts. It’s particularly valuable and in demand by artists since Ankara has very few of such concert halls, and one we take pride in sharing with art enthusiasts. Here we hold our “Tuesday Music Concerts at the Museum” featuring chamber music as well as classical music concerts and the occasional jazz. While normally we would hold 16 concerts in a year, in the last year, due to the pandemic, we were only able to have two outdoor concerts.

Aside from that, we also hold workshops. We have events that we call Museum Education for groups of schoolchildren where after a brief museum tour during which they grasp the concepts of cultural heritage and archeology, they get to recreate in our educational workshop at the museum artifacts similar to those in the archeology museum. Then we have workshops for adults. We want to engender a sense of belonging in our patrons through temporary exhibitions as well as conferences and events. We do yoga in the garden with children and adults. All this activity helps enrich the communication between the people and the museum. Patrons of our museum who come here also end up seeing the Museum of Anatolian Civilizations, because the Castle district is a museum island.

When patrons pay for a plus one, we add those and also part of concerts’ revenues into a reserve. Sometimes, in the spirit of civil responsibility, private companies also ask to contribute to our Suspended Museum reserve. We subsequently bring to the museum children who live in districts or provinces far from the center of Ankara and normally don’t have the opportunity to visit Ankara or museums, and give them a tour before taking them downstairs to the workshop in what culminates in an unforgettable and invaluable experience, not only for them but also for us.

What artifact in the museum is most special to you, that makes you pause and look again every time you walk past it?

I’m really fond of a statue of Aphrodite. It’s about 40 cm tall, in excellent condition, but also with the most beautiful expression. I’m really fond of glassware in general. They are so beautifully and delicately wrought. Believe me when I say that even six years in, I’m still struck by some unique detail every time I walk past any one of them. That’s why I’m an advocate for visiting museums again and again. 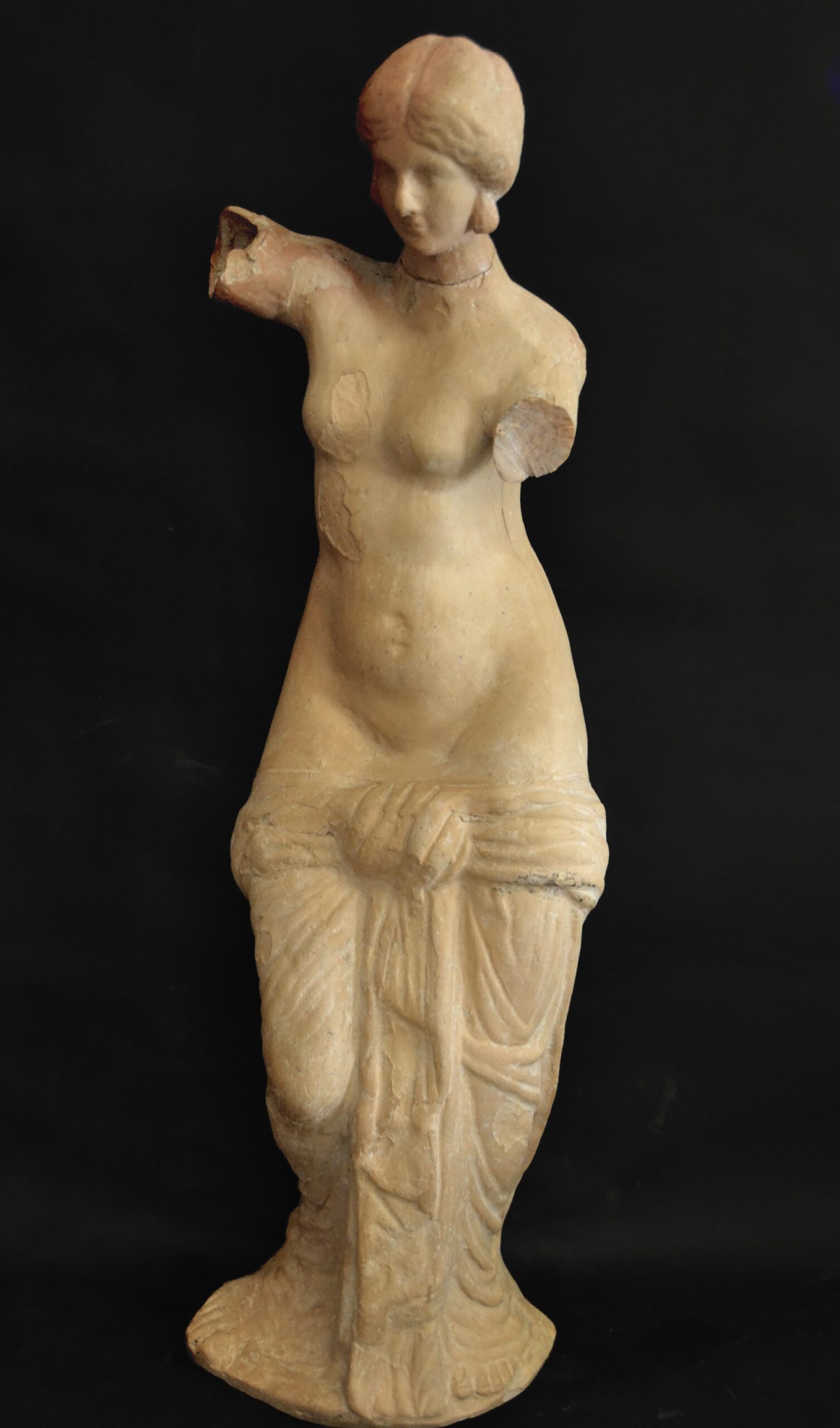 What’s your favorite thing about Ankara, and what spots would you recommend that first-timers absolutely not miss?

The first is Anıtkabir [the Mausoleum of Atatürk], the Museum of Anatolian Civilizations, and the Castle. If you’re looking for a special Ankara experience, with such an extensive museum selection, then the Castle district is definitely the destination for you.